The Cursor 13 380 and 420HP engine is equipped with Iveco's Combined Engine Brake.

The CEB – Combined Engine Brake is an uprated engine brake which combines two effects: decompression and braking torque. By means of a butterfly valve on the exhaust manifold, it generates sufficient exhaust gas counter pressure to slow the rotation of the engine and increase the braking force.

Variable-geometry turbo: more power, no turbo lag
The turbo system makes a major contribution to the performance of the engines, and offers strong acceleration, fluid power delivery and high power. It also enhances driving comfort by eliminating turbo lag, because the engine always responds immediately to inputs from the accelerator.
By means of an electronic control system, the variable-geometry turbo adapts the geometry of the turbo to the engine speed: thanks to a system of coaxial rotor movement, the turbo adapts to the incoming volume of exhaust gas, thereby optimising control of turbo pressure. Waste-gate: more torque, lower fuel consumption, high reliability
The design of the waste-gate turbo allows high boost at low engine speeds, thereby optimising torque and fuel consumption. Once maximum turbo pressure (corresponding to high engine speeds) is reached, however, the engine and turbo must be mechanically protected.
This task is performed by the waste-gate system, which limits the pressure on the turbo and keeps it constant, by allowing the gradual egress of gases directly to the exhaust manifold in certain condition

Leave us your contact details and one of our experts will contact you to help you understand the best solution for you. 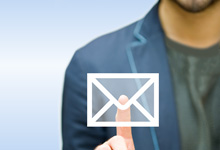 Keep up to date on the latest news from the world

IVECO South Africa launches new Daily 4x4 full line up offer of go-anywhere vehicles The new Daily 4x4, entirely manufactured by IVECO, is the first 7-tonne GVW 4x4 vehicle with a payload of up to 4,300 kg in the market with a choice of body lengths up to 5 m.